Brian Landry has received the 2018 Award for the Best Ph.D. Thesis in the Rice Department of Bioengineering. Only one of these awards is given out each year. Additionally, Lucas Hartsough received the Rice Bioengineering award for Outstanding Ph.D. Thesis in Synthetic Biology. This is a new award, which Lucas is one of the first to receive. These awards are wonderful acknowledgements of the high quality and impact of Brian's and Lucas' research. Congratulations to you both! 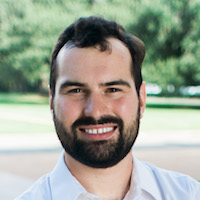 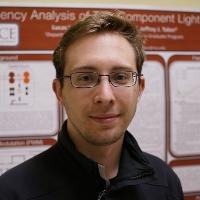 Recent Tabor lab graduate Brian Landry's paper was just published in Nature Communications! Brian combined mathematical modeling and rigorous experiments to show that you can rationally tune the sensitivity of bacterial two-component sensors for their inputs by several orders of magnitude by altering the phosphatase activity of the sensor kinase protein. It's a simple and general strategy with applications in engineering bacteria that diagnose disease, sense pollutants or soil nutrients, and many others areas. Also, check out the Rice press release. 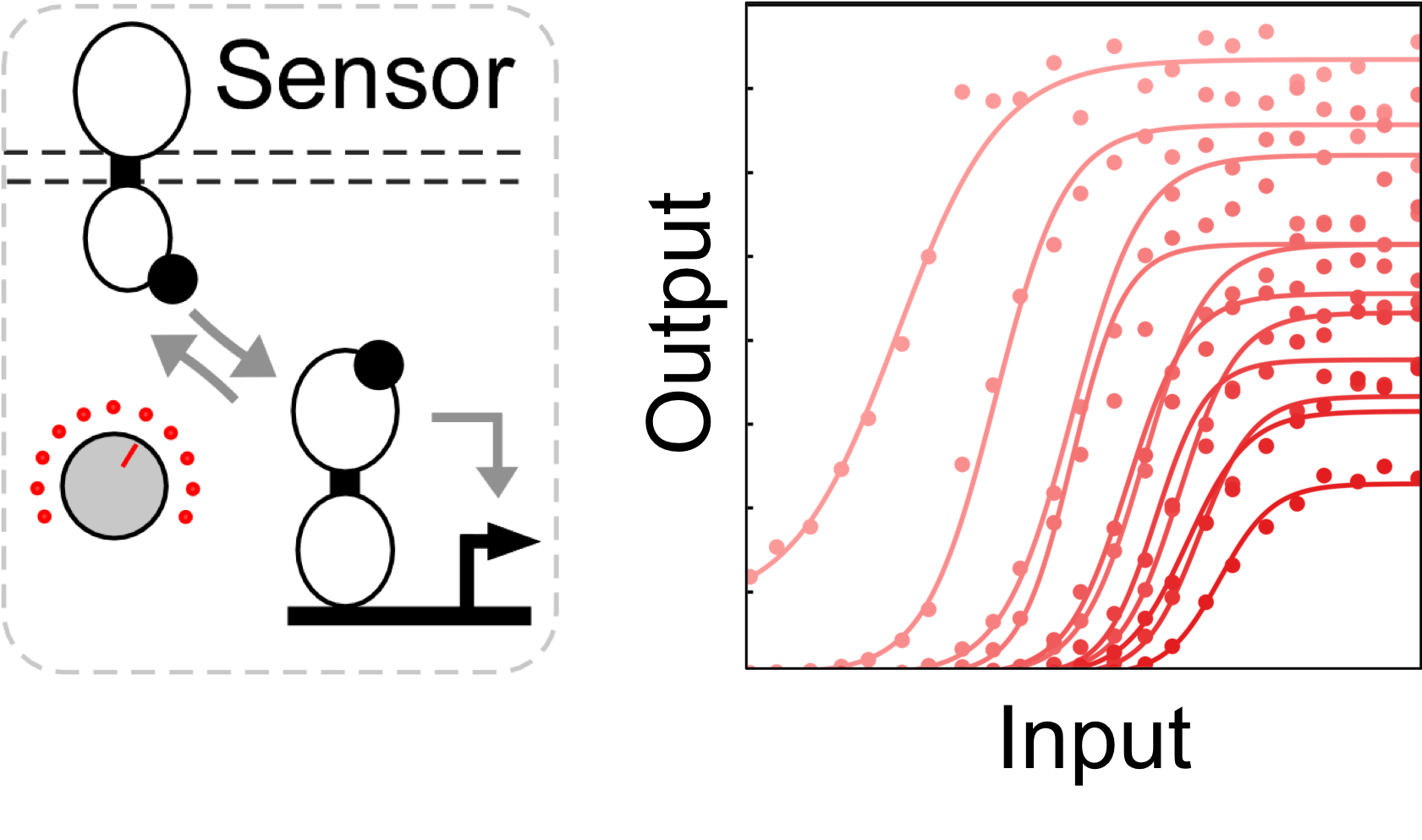 Today Brian Landry successfully defended his thesis "Engineering and application of two-component system biosensors"! Brian has been a keystone PhD student: many papers from the lab contain his work, the Bactograph Education Program was developed and run by him, and he trained a multitude of stellar undergraduates. Not only has Brian had a successful graduate career but he has been a great friend to everyone in the lab. He will be dearly missed. Brian, we wish you all the success as you pursue your next endeavors! 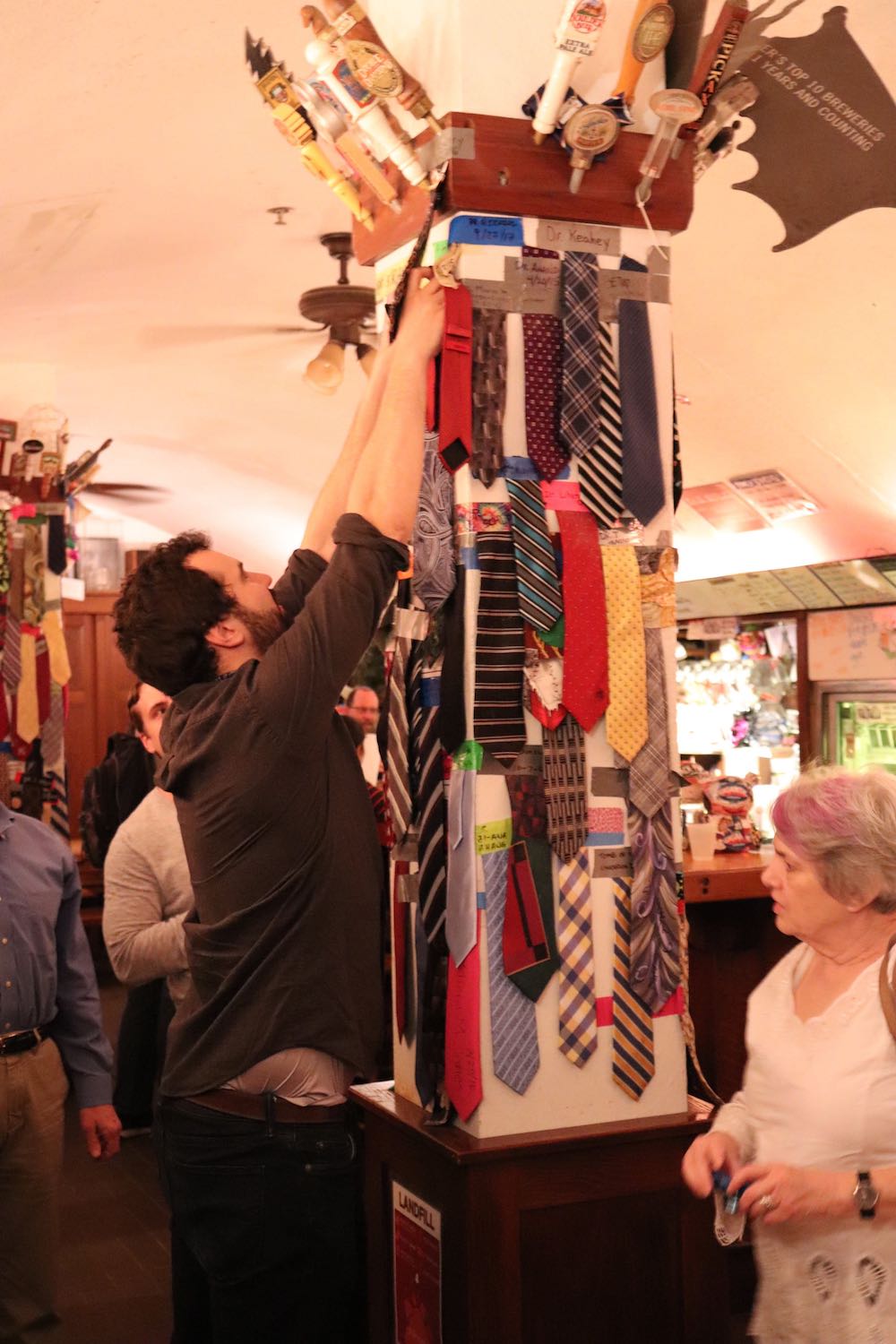 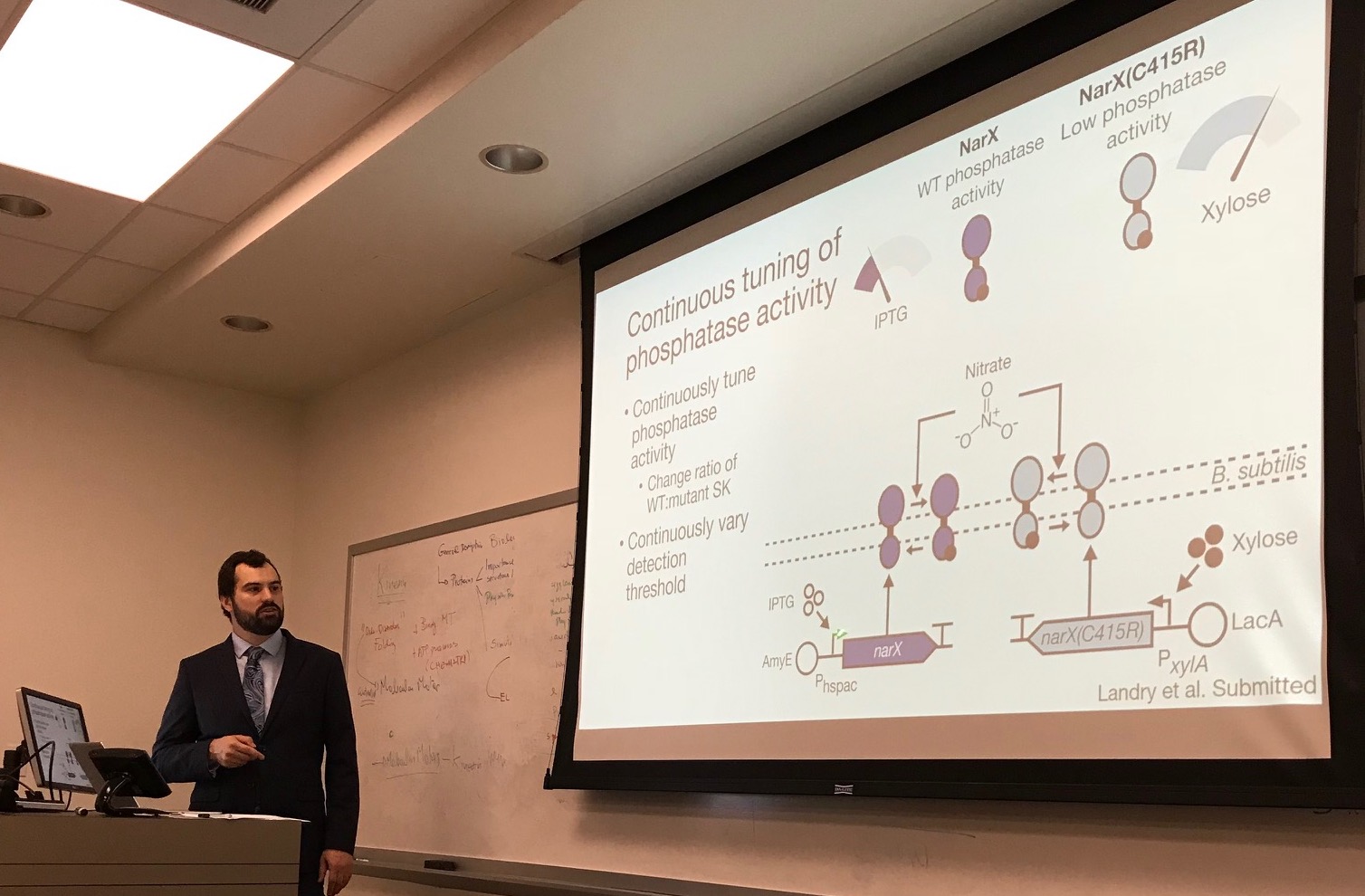 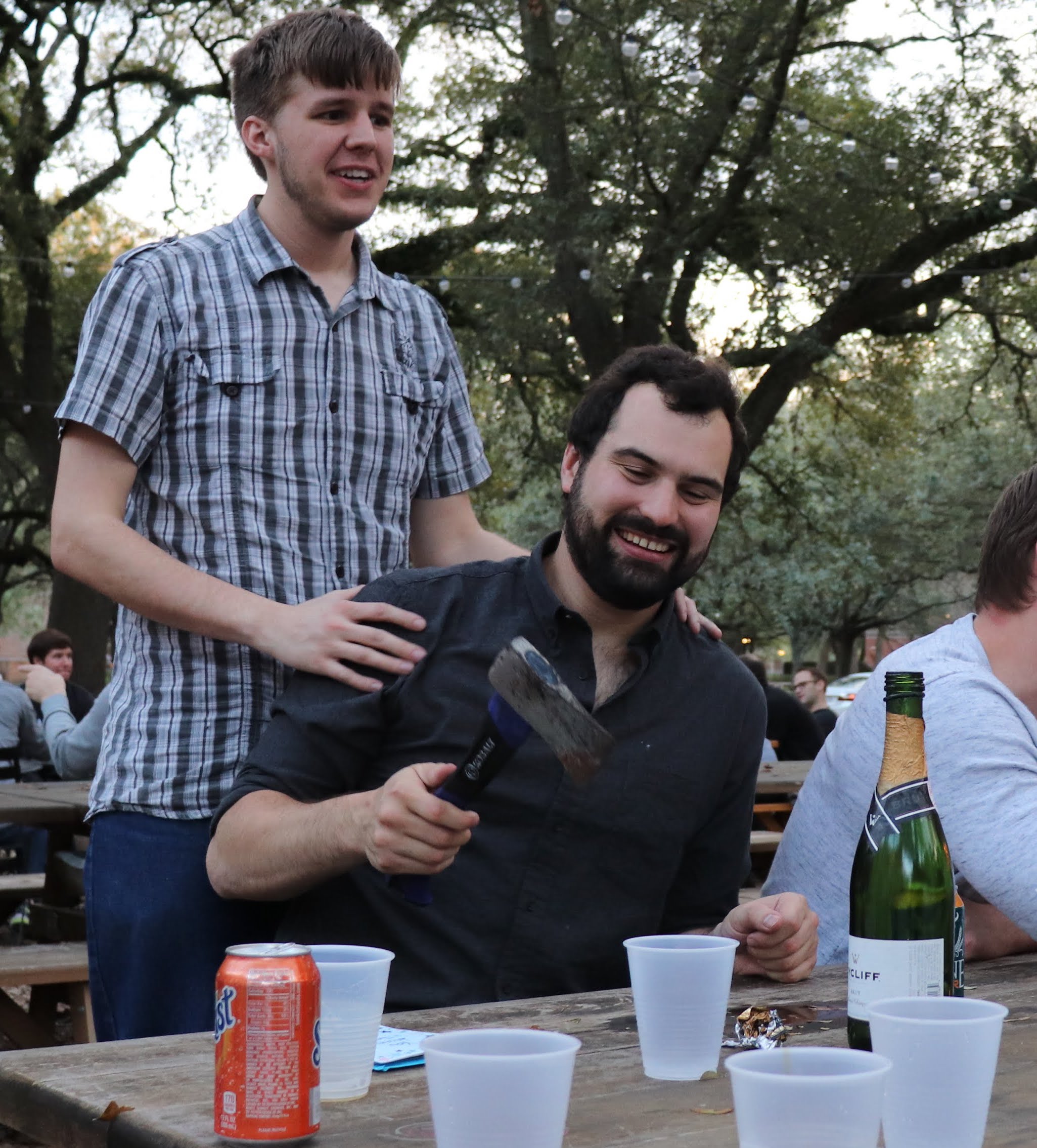 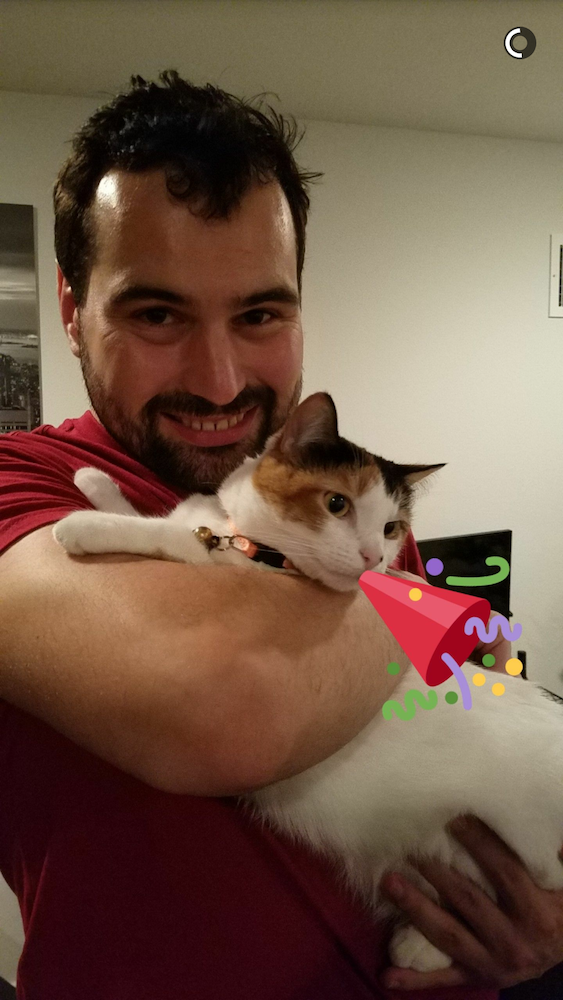 Nic Ong's paper describing the engineering of "CcaSR v3.0", a third-generation version of our E. coli green light sensing system was just published online at ChemBioChem. The Sode group recently showed you can delete two PAS domains of unknown function from the CcaS cyanobacteriochrome light sensor. Here, Nic introduced that deletion into CcaSR v2.0 and it lowered leakiness by 4-fold while increasing dynamic range from 120 to 600-fold! This tool should be useful for a wide range of optogenetic experiments. 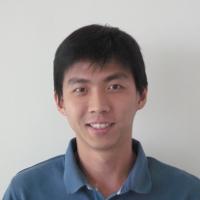 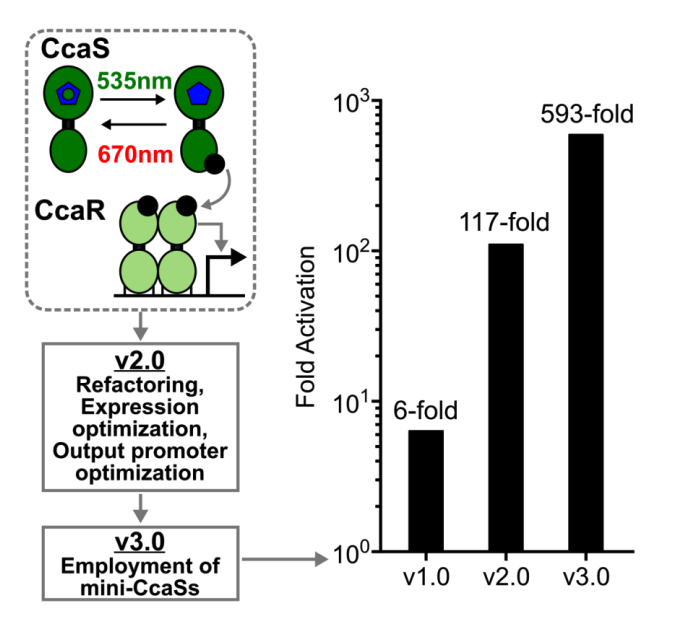 Nic gave an outstanding thesis defense on "Engineering Bacterial Optogenetic Sensors"! Throughout his PhD, Nic was a tenacious, thoughtful, and innovative researcher. Nic will be missed by all but we can't wait to see what his next endeavors hold for him! Congratulations Dr. Ong!!! 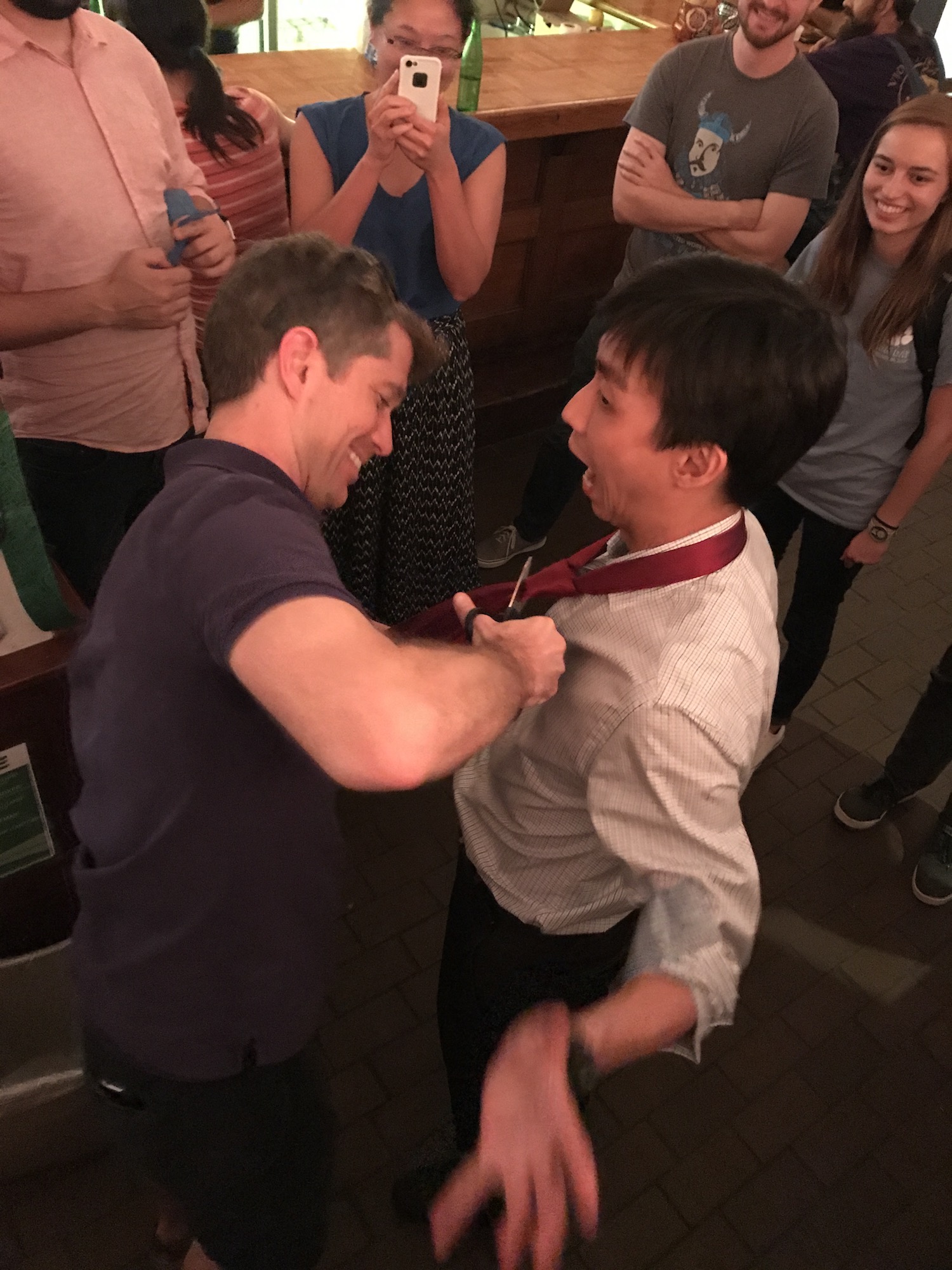 Evan's paper, A photoconversion model for full spectral programming and multiplexing of optogenetic systems, was just published in Molecular Systems Biology. In this paper, Evan built a predictive mathematical model of the spectral responses our E. coli green and red light sensors and used it to program their gene expression output dynamics independently in the same cell. Not only does this work dramatically improve our understanding of how these optogenetic tools function, but the method can be used to perform entirely new characterizations of multi-component gene circuits. 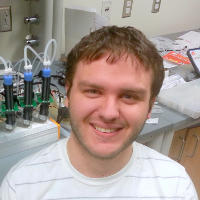 Tabor lab Senior Kat Sofjan was recently named a National Science Foundation Graduate Research Fellow! The NSF GRFP is a highly prestigious fellowship program that recognizes outstanding scientific contributions and potential in students who will be entering a Ph.D. program the following year. Congratulations, Kat! We are super proud of you. 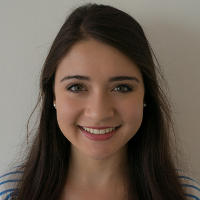 Tabor lab Sophomore Rohan Palanki was recently awarded the highly prestigious Barry M. Goldwater Fellowship! The Goldwater is administered by the federal US government to recognize the top science, engineering, and mathematics students in the country each year. This year, Rohan was one of only 240 students selected across the country. This is a great recognition of Rohan's accomplishments and great potential for the future. Congratulations Rohan!! 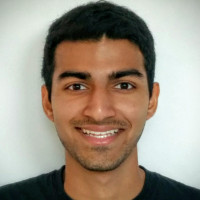 Kristina's paper "Engineering bacterial thiosulfate and tetrathionate sensors for detecting gut inflammation" was recently published in Molecular Systems Biology! Along with our former undergraduate Ravi Sheth (currently a Hertz Fellow in Harris Wang's lab at Columbia), Kristina discovered the first genetically-encoded sensor of thiosulfate. She used this sensor to program a gut adapted E. coli strain to sense thiosulfate. Then, with our collaborators the Britton and Shroyer groups at Baylor College of Medicine, she demonstrated that these bacteria sense and report colon inflammation in mice via increased green fluorescent protein expression. This is an exciting early example of the potential of engineered bacteria to study and diagnose gut disesaes, and could eventually be advanced as a therapeutic with high efficacy and low side effects. Congratulations Kristina! Check out the Rice press release. 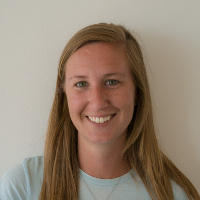 Kathryn Brink, a first year Systems, Synthetic, and Physical Biology PhD student has joined the Tabor Lab. We welcome her with open arms and look foward to the amazing research she'll produce! 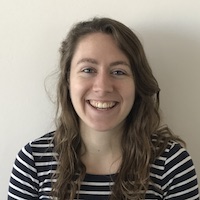